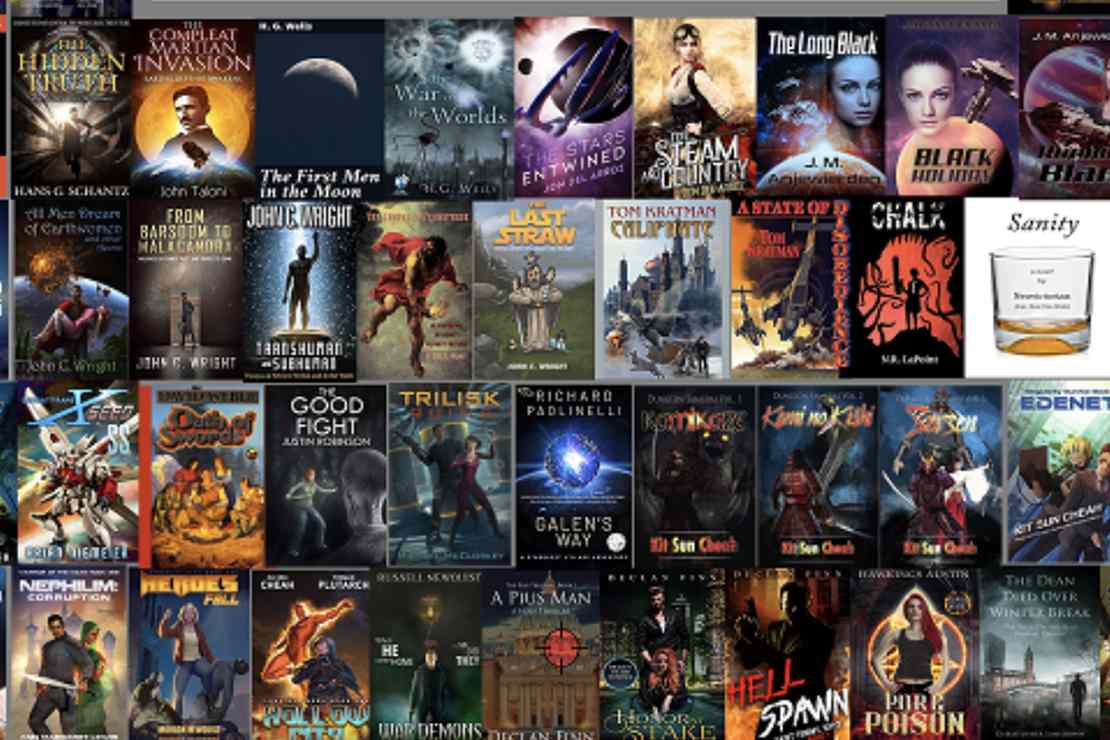 More than 150 novels written by people who are not wokescolds are on sale for $.99 right now through Tuesday, Nov. 30. The Big Black Friday Book Sale features authors who would normally be frozen out of traditional publishing houses because they refuse to bow to the politically correct directives that run such places.

“Social Justice Warriors,” or SJWs, have focused on gaining control of the prestigious publishing houses, but prestige is no guarantee of either quality or creativity. They have mistaken prestige for truth, beauty, and goodness, and in the process have created nothing. The indie publishers are drawing on the dynamic opportunities made possible through on-demand publishing to cultivate not only new markets, but to nourish the old ones.

Traditional [Science fiction/Fiction] publishers have dropped the ball in a big way and abandoned 50% or more of the audience. They refuse to publish anything that isn’t postmodern and left-wing. I don’t trust their sales numbers, and I suspect the whole venture is propped up by outside money. I gave up on new SF/F for almost 20 years, because it had nothing in common with the classic SF/F I grew up on.

SF/F used to be cosmopolitan and include a variety of viewpoints, but sadly this is no longer the case in the 21st century. Any institution that doesn’t actively exclude leftists will eventually be hijacked and taken over. Major awards and glowing reviews in the mainstream press are no longer an indicator of quality, and no longer have the power to sell books.

Karl Gallagher, aerospace engineer and author of the award-winning Torchship trilogy got tired of being rejected by publishers. “When I saw indie publishing take off, I knew I could share my work with readers no matter how many rejections I received. I wrote one, sent it to a publisher, was rejected, and published it myself,” he told PJ Media. “Enough people liked the book [that] it was a finalist for the Prometheus Award for best libertarian science fiction.”

J. Trevor Robinson, author of The Mummy of Monte Cristo also struggled with mainstream publishing houses but found his niche with indie publishers. “When I finished writing The Mummy of Monte Cristo, I spent months struggling to get attention from mainstream publishers and representation,” he said. “One rejection after another came back, when they bothered responding at all, until I finally participated in a PitMad pitch event on Twitter. That got me in touch with Immortal Works, an indie press out of Utah, who took a chance on this Canadian writer and his story about liberty, revenge, and government overreach. That was a big weekend; I received the publishing contract only a few days after my daughter was born! The indie publishing community has been more supportive than I ever could have hoped for.”

Check out these amazing writers today and take advantage of this huge sale that will beef up your Kindle library and will introduce you to a whole new world of fiction written by people who don’t hate you.

ISIS Bride From Alabama Loses Supreme Court Appeal to Return to the U.S.

WATCH: Kamala’s Disastrous Response to a Question About 2024